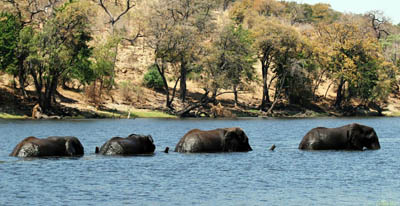 It’s name is because of the British browser Frederick Courtenay Selous, who died in these land during the First World War, its tomb is near the bank of the Baho Baho river. The access to the park is a little beat uncomfortable because the journey lapses for a hint without asphalting that cross small charm villages.

A third part of its landscape is covered with Miombo forest but we can also find plains, savannah… The Rufiji river flows through the reserve allowing to the visitors to do a boat safari, an unforgettable experience.

Accompanied by a ranger you can enjoy a walk until an area denominated “maji moto” (hot water). the legend tell that if you take a bath or you wet yourself in these waters you will have good luck and you will drive away the bad spirits.

Selous has two rainy seasons:
between November and January (the shortest) and
between March and May (the long one).

Message Us on WhatsApp

Questions, issues or concerns? I'd love to help you!