South-eastern Tanzania and northern Mozambique do not attract mass tourism, making it very appealing for those who would like to experience a very individual trip.

On arrival at Julius Nyerere International Airport in Dar es Salaam, a representative of Borderless Tours and Safaris Ltd will meet you at the airport and take you to Hotel in Dar es Salaam, for an overnight stay on Half and breakfast basis.

You will leave your hotel in Dar es Salaam for a six or seven hour drive to Selous Game Reserve. When you arrive in the late afternoon, you can enjoy a boat safari on the impressive Rufiji River. Stay overnight in Selous Wilderness Camp, full board.

Named after the legendary British explorer, Selous Game Reserve (three times the size of Serengeti National Park and twice the size of Belgium) was founded as a reserve in 1905 by the colonial administration and later expanded to include the traditional elephant migration routes. The reserve provides shelter for most of Tanzania’s largest elephant population, large herds of buffalo, crocodiles, hippos, a variety of 440 species of birds and over 2000 varieties of plants. Lions and leopards are also present, together with one of the greatest predators of Africa – the African wild dog. The park probably holds the largest concentration of this endangered animal, which hunts in large packs and has the reputation of being among the most formidable predators.

Covering 50,000 square kilometres, Selous is a true African wilderness that has seen missionaries, explorers and hunters from bygone days but has still managed to keep its doors closed to many. Hot volcanic springs, lagoons, the great Rufiji River and the diverse landscape is why Selous Game Reserve is a World Heritage site.

Selous Wilderness Camp is situated in the north-eastern part of Selous Game Reserve with a great view over the mighty Rufiji River. The camp accommodates guests in comfortable tents equipped with private bathrooms and veranda facing the river.

You will enjoy full-day game drives in Selous Game Reserve, staying overnight in Selous Wilderness Camp on a full board basis.

Tanzania’s often-forgotten south-eastern corner is a beautiful region of open savannah and spectacular beaches. The continent’s largest game reserve, the Selous, is there, as is the Makonde plateau (which is the home of Tanzania’s famous wood-carvers). On the coast at Kilwa Kisiwani Island are the ruins of one of East Africa’s most important cities.

Despite its many attractions and rich history, the south-east receives few visitors. But for those with an adventurous spirit and a willingness to be open to and respectful of local customs, this unspoiled region can be one of Tanzania’s most rewarding.

In around seven hours we will drive from Selous Wilderness Camp to Kilwa Masoko on day 5. From Kilwa Masoko you can visit the ruins of the 15th-century Arab settlement at nearby Kilwa Kisiwani. There are also a few pretty beaches on the outskirts of town.

You will stay overnight on a half-board basis at Kimbilio Lodges, which are located in one of the most beautiful and unspoiled corners of the world: on the waterfront of Kilwa beach in Masoko Bay.

The beach is pure white, and the water is crystal clear. Kilwa is a paradise for diving, yet its location is also ideal for excursions inland: the infinite variety of animal life can be admired from the comfort of your car.

You will head south to Masasi. The drive takes around 6 to 7 hours. You will stay overnight at the Masasi Inn, half board.

In around seven hours we will drive from Selous Wilderness Camp to Kilwa Masoko on day 5. From Kilwa Masoko you can visit the ruins of the 15th-century Arab settlement at nearby Kilwa Kisiwani. There are also a few pretty beaches on the outskirts of town.

You will stay overnight on a half-board basis at Kimbilio Lodges, which are located in one of the most beautiful and unspoiled corners of the world: on the waterfront of Kilwa beach in Masoko Bay.

The beach is pure white, and the water is crystal clear. Kilwa is a paradise for diving, yet its location is also ideal for excursions inland: the infinite variety of animal life can be admired from the comfort of your car.

You will head south to Masasi. The drive takes around 6 to 7 hours. You will stay overnight at the Masasi Inn, half board.

This morning, prepare for a long drive as you will cross into Mozambique. You will stay at the Mueda Guesthouse, which is a simple but clean local place.

Until mid 2001, the Rovuma River (which is the natural border between Tanzania and Mozambique) could be crossed by dugout canoe only. Nowadays, there is a ferry capable of taking vehicles as well. Crossing the Rovuma River is only possible at high tide, and a lot of time must be allowed for immigration and border formalities! However, during the past two years, the ferry has been grounded, which is why we are taking the longer route via Mueda.

(Please note that in case the ferry is not operating due to a problem we will have to take an alternative route or switch vehicles at the border, however reports tell that a new ferry is ready to be launched and then we would take this route preferably.)

Northern Mozambique is, after nearly 25 years of isolation, re-establishing itself as one of southern Africa’s most intriguing and attractive tourist destinations. Now, with new hotels opening, improvements being made to transport links and with the re-stocking of its reserves and national parks, northern Mozambique is poised to make its mark on the international tourism scene.

However, much of northern Mozambique is very remote – even major towns have only minimal tourist infrastructure, and travel here is mainly for the adventurous. Although visitor numbers are gradually increasing, they remain small overall. While this offers travelers a rare opportunity to discover local culture, it also imposes a greater sense of cultural responsibility. Respect for local customs is therefore particularly important. More than elsewhere in the country, basic knowledge of Portuguese (or, in the far north, Swahili) is essential. Before 1975 the country was a favorite retreat for visitors from neighboring countries. Mozambique is a melting pot of different cultures and traditions. With mosques, churches and forts dating back to the Portuguese and Arab rule from the 16th century onward, it is no wonder that Mozambique is one of the most exciting cultural destinations on the continent.

For those with an adventurous spirit and a willingness to be open to and respectful of local customs, this unspoiled region can be one of Mozambique’s most rewarding.

You will travel to Tanganyanga from Mocimboa da Praia, eating a packed lunch on the 6-hour journey. You will then sail by dhow (a traditional boat) at high tide to Ibo Island and check in at Miti Miwiri (full board).

ext day, you will have a guided tour of Ibo, exploring the ancient island. Muslim traders operated here in the 15th century before it became a major slave market and trading post for the Portuguese in the 18th century. Historic buildings, three forts and a beautiful old Catholic church still remain. Ibo provides a chance to interact with the amazing rural people and exchange cultural differences. Traditional silversmiths still work in the main fort, and you are free to wander about this beautiful island and explore. If you like, you can choose to go on a crab and fishing expedition, visit the mangroves, go snorkeling or swimming or go on a historical dhow cruise.

We will explore by traditional Arab dhow one of the beautiful surrounding local islands. Travelling through the mangroves, we will step back in time and observe a way of life that has not changed for thousands of years. Local fishermen catch prawns and giant crabs in these mangroves. Brilliant bird life abounds, with storks, egrets and herons roosting in the mangrove trees. There are excellent snorkeling opportunities, great beaches and a chance to travel and explore the remote coral coast surrounding Ibo.

After an early departure from Ibo by dhow at high tide, you will drive to the south (in around 4 – 5 hours) to Pemba town and check in at Club Nautilus (bed and breakfast).

The coastal town of Pemba lays claim to some of the finest coral reefs in all of southern Africa. Brilliantly colored coral is but a short swim from the white sands of Wimbe Beach. Divers and snorkelers enter clear depths and swim among a profusion of exotic fish. As you might expect, the seafood is rich and plentiful enough to take your taste buds on a holiday of a lifetime.

Club Nautilus is on Wimbe Beach and has rondavels on the beach. Each rondavel has two bedrooms, a small sitting area and bathroom.

From Pemba, you will drive to Ilha de Mozambique, which takes 7 – 8 hours.

It is from the tiny island of Ilha de Mozambique that modern Mozambique got its name. Ilha de Mozambique is a cultural melting pot: African, Arabian and Portuguese. Walk through the narrow streets and mix with the local people, and buy fresh seafood direct from the fishermen.
Ilha de Mozambique is practically a living museum, for this tiny town exhibits the many influences that have moulded Mozambique. The decaying grandeur of its architecture prompted the United Nations to declare the northern half of the island a World Heritage site.
Apart from the natural beauty just a few steps away from your hotel, you will find masterpieces from different civilizations. Since the beginning of time, distant people were brought to the island by the wind. The first to arrive were the Arabs, then came the sailors from India, Europe and even China. Nowadays, you don’t have to depend on the wind to visit the island – you know the exuberant and friendly place exists.
Stay overnight at Escondindinho, a charming Portuguese Poussada fully renovated with en-suite facilities and a separate good restaurant.

This morning, after breakfast, you will drive to Nuarro at the foot of Nanatha Bay. The lodge is situated on the Baixo do Pinda Peninsula, next to Nanatha Village in Memba District. Stay overnight at Nuarro Luxury Eco Lodge (full board). You are free to explore Nuarro by bicycle or on foot, do a spot of bird-watching, go on a cultural tour, or perhaps some kayaking or snorkeling.

You will be transferred to Nampula airport in good time for your international flight back home / Flight to Dar es salaam.

Included (in prices given):

Not included (in prices given): 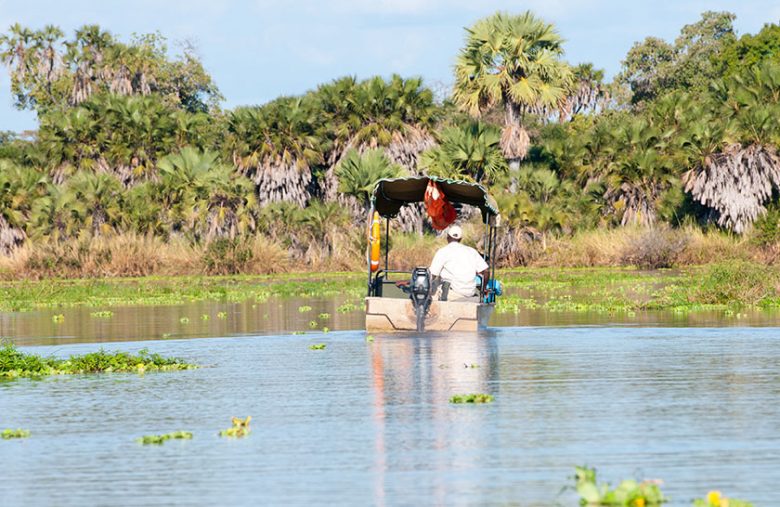 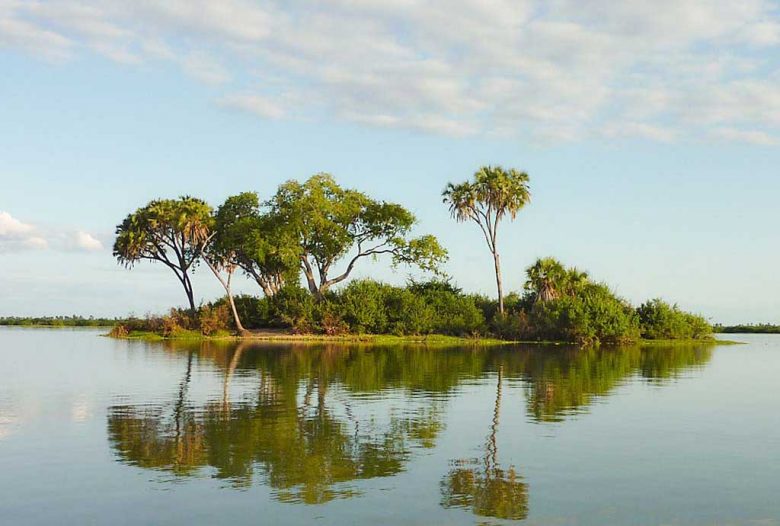 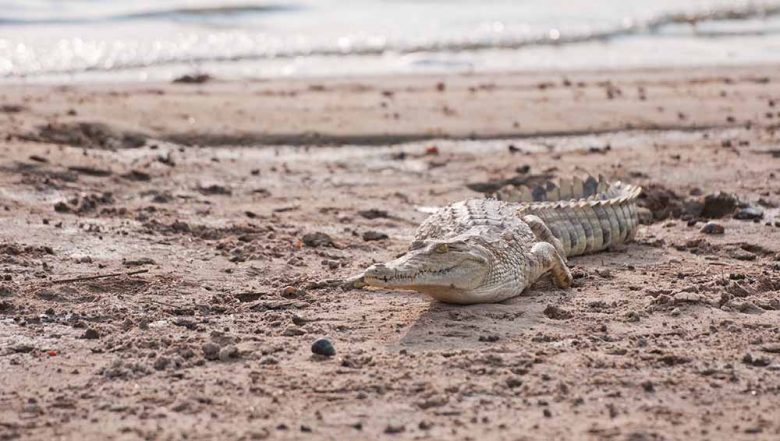 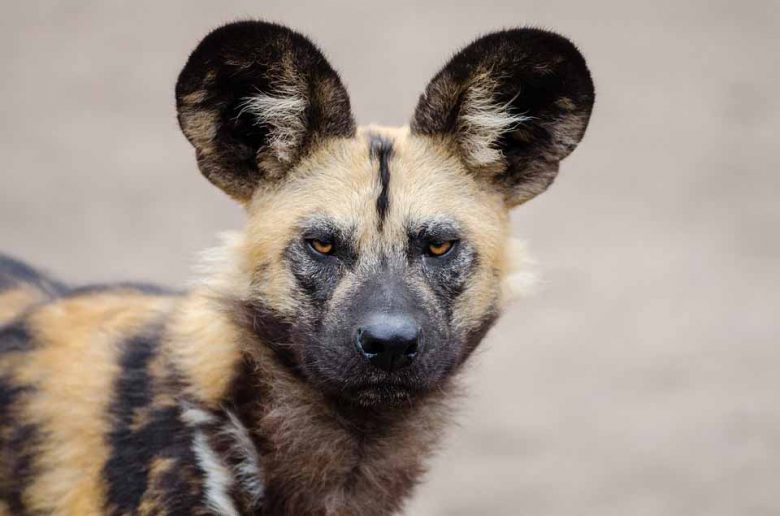 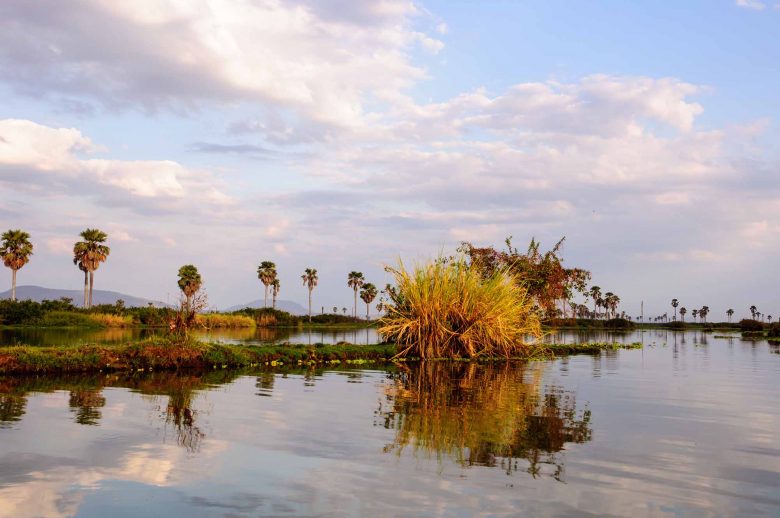 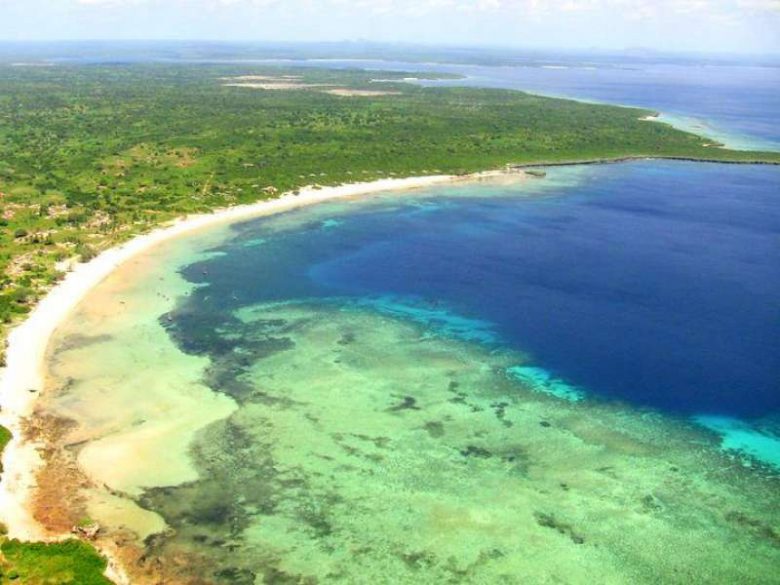 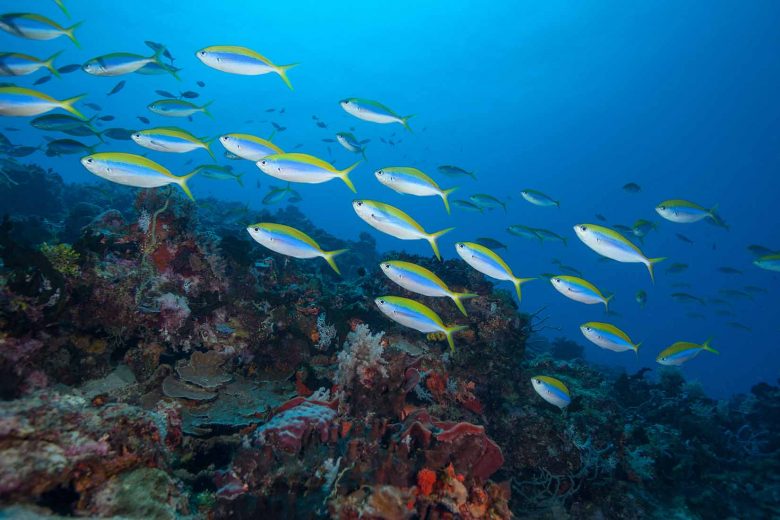