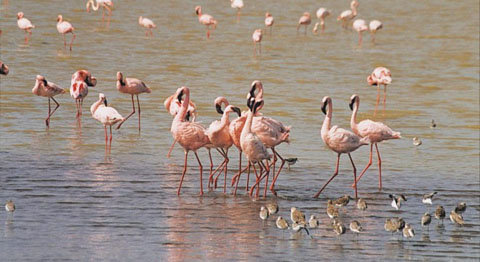 Lake Eyasi is a mildly alkaline lake, located about 1000 meters altitude on the sea level. The biggest attraction in the area is to know two tribes of: Bushmen and Datoga Bushmen

Their original name is HADZABE OR TINDIGA but they are also known as “bushmen” because they live in the forest. As one believes, they live in Tanzania for about 10.000 years and in this moment they are about 3.000 bosquimanos approximately in the whole country. Before they lived in the high mountains of the Area of Conservation of Ngorongoro but now they are usually in the surroundings of the lake Eyasi.

Their language resembles the languages of click of the bushmen in the south of the kalahari.

They are monogamous and they usually live in small family. Most of them have never visited the doctor neither gone to the school.

Their way of life is characterized to be nomadic. They live from the hunt and the gathering of fruits, roots and barks of trees. They hunt with arches and poisoned arrows that they build themselves and they are recognized by their great aim. They usually hunt small animals as mice, hares, Dik-Dik and baboon, and big animals as kudu or buffalos…

They build their houses with branches, like an igloo, and cover them with skins of animals, and during the rainy season they move to the caves in the mountains.

They are very kind with the tourists because they like to show their way of life, which they feel very proud. 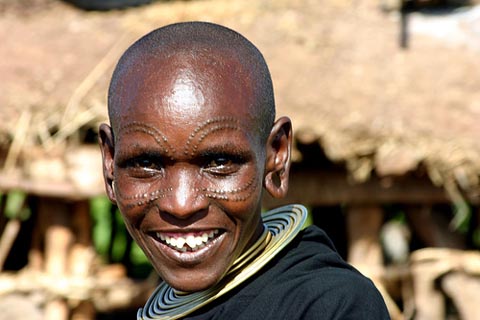 Datoga is the original name of the Mangati, word Masai that means strong” “enemies since they are old enemies of the Masai.

About 200 years “ago, the Datoga came from the south of Serengeti toward Ngorongoro and they meet in Ngorongoro they found enough food for their livestock, they decided to settle down in the area. Years later the Masai arrived, also from the south of Serengeti, and in Ngorongoro they met with the Datoga. The two tribes combatted ferociously, first the Datoga many Masai killed since they were very good with the arrows. Then the Masai began to use shields to defend and they finished conquering the Datoga. The Datoga was forced to move toward the lake Eyasi. From then on the Datoga lives around the lake while the Masai stayed in the area of the Ngorongoro.”

Other tribes live in this area are the Iraqw, Masai and groups of bantu.