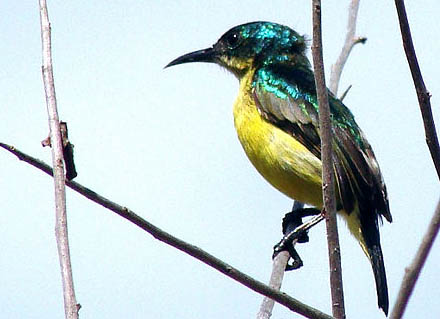 The park is located 130 km north of Dar es Salaam and just 38 km from Zanzibar, and has the unique distinction of being East Africa’s only wildlife sanctuary, providing the opportunity to observe Africa’s big game and bird life interacting with the sea.

It is an ideal destination for those who have only a few days or like a “relaxed trip” because it combine in a small one and charmer area: “Walking safari, 4×4 safari and boat safari through the Wami river, snorkeling activities to discover the coral of the area and an interesting visit to Saadani village where their inhabitants will receive us with a pleasant smile.”

When Saadani become a Game Reserve new species of animals were introduced to compliment the current fauna diversity: wildebeest, zebra and eland share space with the habitual residents including buffalo, giraffe, lions… We also find a permanent population of elephants and the extremely rare Roosevelt’s sable antelope.

Sometimes is possible to see dolphins near the southern coast. The channel created between Tanzania and Zanzibar is a track way for in the whales migration in October and November, and there is a green turtle breeding beach at Madete in the North.

Saadani is dominated by acacia woodland, coastal thickets and miombo woodland. It also protects a large area of mangrove swamps around the mouth of the Wami river. We also find several species of palm like the mysterious “walking palm” (palms that walk looking for the sun).

The Saadani village has a ruined fort, built by Arab slavers in the last century. This fort later became a German Boma (administrative center) after 1888. There is a further ruin in the village of a mosque built in the mid 19th century.

Valking safari, 4×4 safari and boat safari through the Wami river, snorkelling, besides enjoying some impressive beaches.